This exceptional fortress and village has been restored
and rebuilt stone by stone using traditional materials and
building techniques thanks to thousands of international
volunteers every summer.

"Its construction has 3 stages :
In the first stage the castle is characterized by a small quadrangular building located in the most eastern part of the land relief. It measures 6 m x 7 m with thick walls of 1 m 40. Its construction dates from the first half of the 12th century.
During the second stage a new donjon was built in the 13th century, replacing the old one. This construction in sandstone of 11 m x 6 m contained two stores with wooden floors, a terrace and a first rampart attached to it.
During stage 3 an extension to the castle was constructed at the end of the 14th century : a new complex in a crenelated fortress forms an impressive view on the westside and the highest point of the landrelief. These reconstruction works should be seen in the disturbant context of the Hundred Years’ War.
"

locate on a map 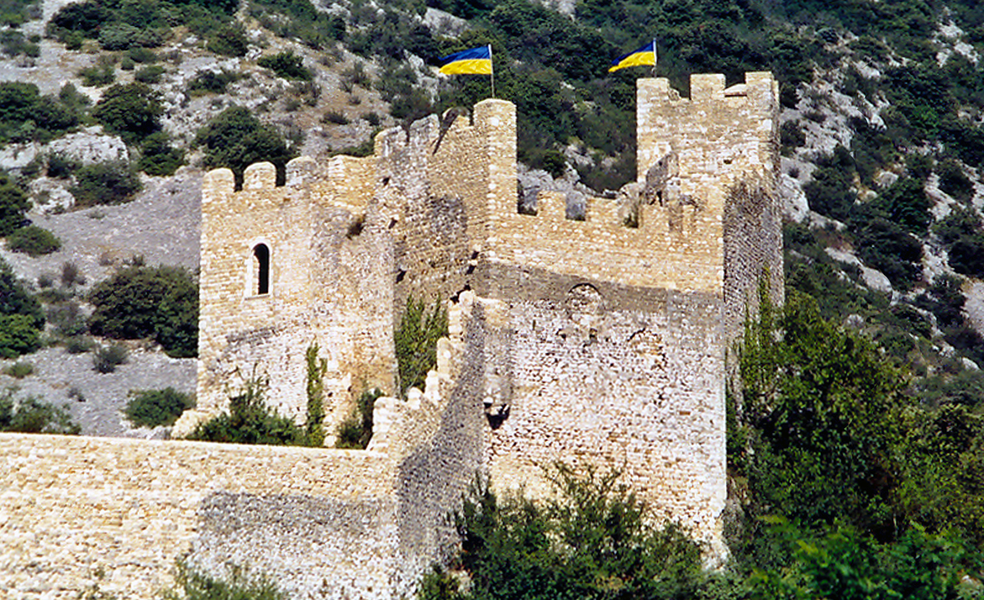 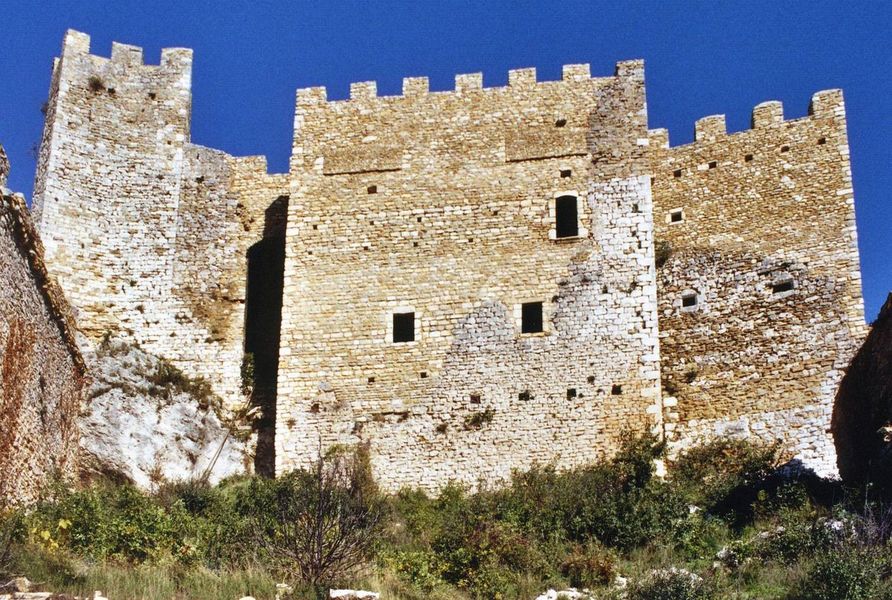